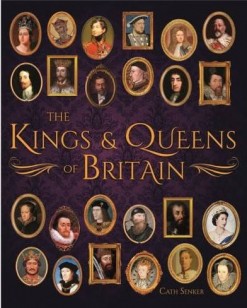 For more than 1,000 years the British monarchy has dramatically shaped national and international history. Kings and queens have conquered territory, imposed religious change and extracted taxation, each with their own motivations and ambitions.

In this beautifully illustrated book, I delve into the extraordinary history of the British monarchy and its host of kings, queens and pretenders.

‘A beautiful book with gorgeous photos and really up to date. Best Buy I’ve had for ages!’ Carla, Australia, 31 January 2020, on Amazon

This title in the Timelines series examines the history of warfare from the earliest spears and bows and arrows to the invention of gunpowder, firearms and cannon. It describes the destructive capabilities of 20th-century warfare, with machine guns and nuclear weapons, and the use of drones and cyberwarfare in the early 2000s. It also considers the devastating effects of warfare on soldiers and civilians. Published July 2016

This title in the Timelines series covers some of the great discoveries and inventions in medicine from ancient times to the Scientific Revolution, the improvements in health and hygiene that followed the Industrial Revolution and the advances in genetics of the late 20th century. Published July 2016

This title in the Timelines series looks at the history of food from the earliest hunter-gatherers, the rise of farming, and the industrialized agriculture and supermarkets of the 20th century – which co-exist with continuing subsistence agriculture in many parts of the world. Published July 2016

It was great fun working with fantastic illustrator Melvyn Evans to create a highly illustrated guide to the extraordinary features of Ancient Egypt. Jacquelyn Williamson (Harvard University) provided expert advice to ensure the accuracy of the content.

10 Ideas That Changed the World

For this title, I picked 10 crucial ideas that changed the course of human history.

10 Events That Changed the World

For this title, I had to pick 10 key events that changed world history – no easy task! I also wrote 10 Things That Changed the World.

This series sets out to explain why the major wars of the 20th century started, to describe what happened, and to analyse how the results changed our world. The book includes maps which show how the battles and campaigns were fought, how boundaries were redrawn and nations reshaped.

Living Through the Vietnam War

Why was the Vietnam War so contentious, and how did one of the world’s superpowers fail to defeat a much less wealthy and populous opponent? Why was the war of such global significance and how has it affected people on both sides of the conflict? This book relates the overall events and chronology of the war and shows its impact on everyday lives.

This book tells you all about the Holocaust – the Nazis’ murder of six million Jews, Roma, LGBT and disabled people during World War II. Using vivid personal accounts, it tracks the tragic events from the Nazis coming to power in the 1930s to the liberation of the concentration camps in 1945.

This was one of a pair of books I wrote in a series about American women’s cultural history. Rather than ghettoising black women’s experience in a separate chapter, I ensured that women of all races and backgrounds were integrated throughout the book.

Who Travelled on the Underground Railroad?

Working on this title involved tracking down some of the many new primary sources that have been uncovered by recent research into the activities of the Underground Railroad. Most of the activists were black Americans who helped people in the South to escape slavery, at great risk to all.

There are few educational books on that provide the background to the current conflict between North and South Korea, so this was a fascinating title to research. 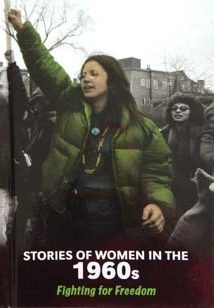 Fighting for Freedom: Women in the 1960s

This title recounts the fascinating biographies of four women engaged in different struggles for freedom in the 1960s against the background of wider changes in society.

Kings and Queens of Britain (Arcturus, 2019)

Against the Odds: Nelson Mandela (Heinemann, 2015)

A Cultural History of Women in America: Volume 4: Strength in Numbers (Bailey Publishing, 2011)

Living Through the Vietnam War (Raintree, 2011)

On the Frontline: Surviving the Holocaust (Raintree, 2005)

How did it Happen? The Second World War (Franklin Watts, 2005)